My favorite team coming in hot! I'm back from vacation so I should average 1-2 per week until complete. The Rockies have 1 monster stud and a handful of power bats with A speed. Seems like an overall oddly fast team. And like every Rockies team. The pitching is horrible. And some of these players closely remind me of their 2000 counter parts. 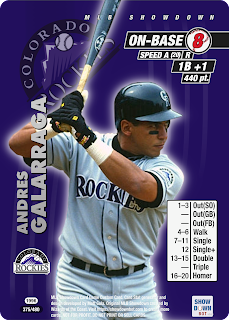 Read more »
Posted by Bob Bumbarger at 7:09 AM No comments:

As the premiere for the ESPN 30 for 30 documentary on the 1986 Mets is debuting tonight, I figured lets look at them in Showdown form, thanks to our wonderful friend over at the Showdown bot. While they were a great team on the field, off of the field is where the drama really comes from this team. This Mets team finished first in the National League with a record of 108-54 on their way to a World Series Championship. I made this team a long time ago with a post, but no with the bot I thought I would revisit some of these classic teams.

Lineup: When I think of the 80s baseball lineup this comes to mind, not a ton of pop through the lineup and a very consistent on base through out, especially if you dip into the bench, you can have a lineup with an 8 ob base as the lowest on base through the lineup. Two 9OB speed As leading to Keith Hernandez is a nice way to start a lineup, and the great pop on the chart of Strawberry is a great set up for this team. 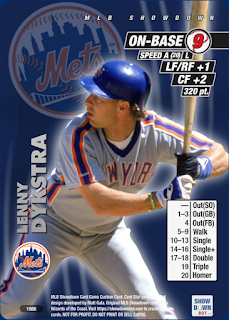 Next up is a classic. The Cincinnati Reds. Not a bad team, not a great team either. Some decent value cards on this team. And of course Barry Larking is a stud. It is nice to see a large roster of players to make the cut. Who is your favorite non Barry Larkin card.
If anything is wrong let me know and I can edit at a later date. Follow me on Twitter @bobbumbarger 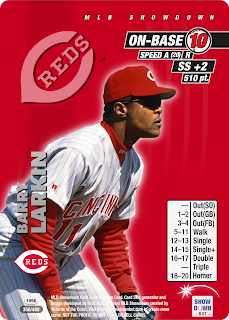 Woa some big power (steroid bats) in this lineup. Also a red sox Roger Clemens. Everyone also knows I love my boy Jeff Frye, always bringing a value bat to a lineup. The lineup is overall really good. Lots of good 8,9 batters even some with A speed.
If anything is wrong let me know and I can edit at a later date. Follow me on Twitter @bobbumbarger 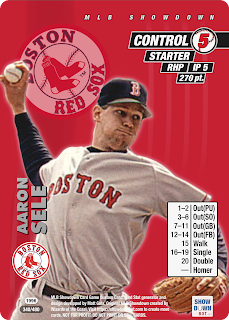 NICE! Now we are back at a good team. This team is very fun and loads of good cards. It also looks visually good. Always nice to have an MVP on your team. You taking Pudge? 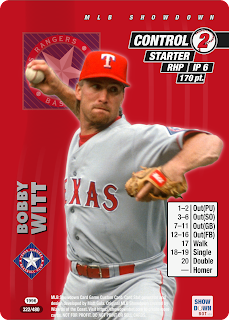 Read more »
Posted by Bob Bumbarger at 10:38 AM No comments:

This team in my original mark up had no FOILs :( but I had to give it to at least 1 person so at the time Jeff King was the highest so he got the FOIL so if you were wondering why he did that is why. The team itself is lack luster. Without Denny Neagle they really don't have a star. Some value A speed guys are nice to have. And see RC Jason Kendall is fun. But overall a disappointment. 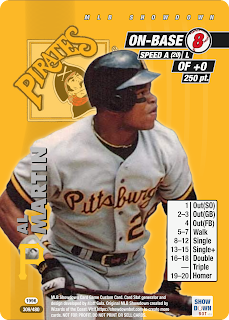 Read more »
Posted by Bob Bumbarger at 8:28 AM No comments:

Sorry for the late post. Work is crazy! But you are not missing much with the Phillies. Sad to say the only real highlight on this team is Curt Schilling and Jim Eisenreich. I even had to finagle a guy onto this team because not enough players even made the list. Plus never been a fan of this pinkish maroon color. Give me powder blues though. 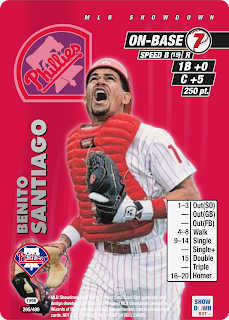